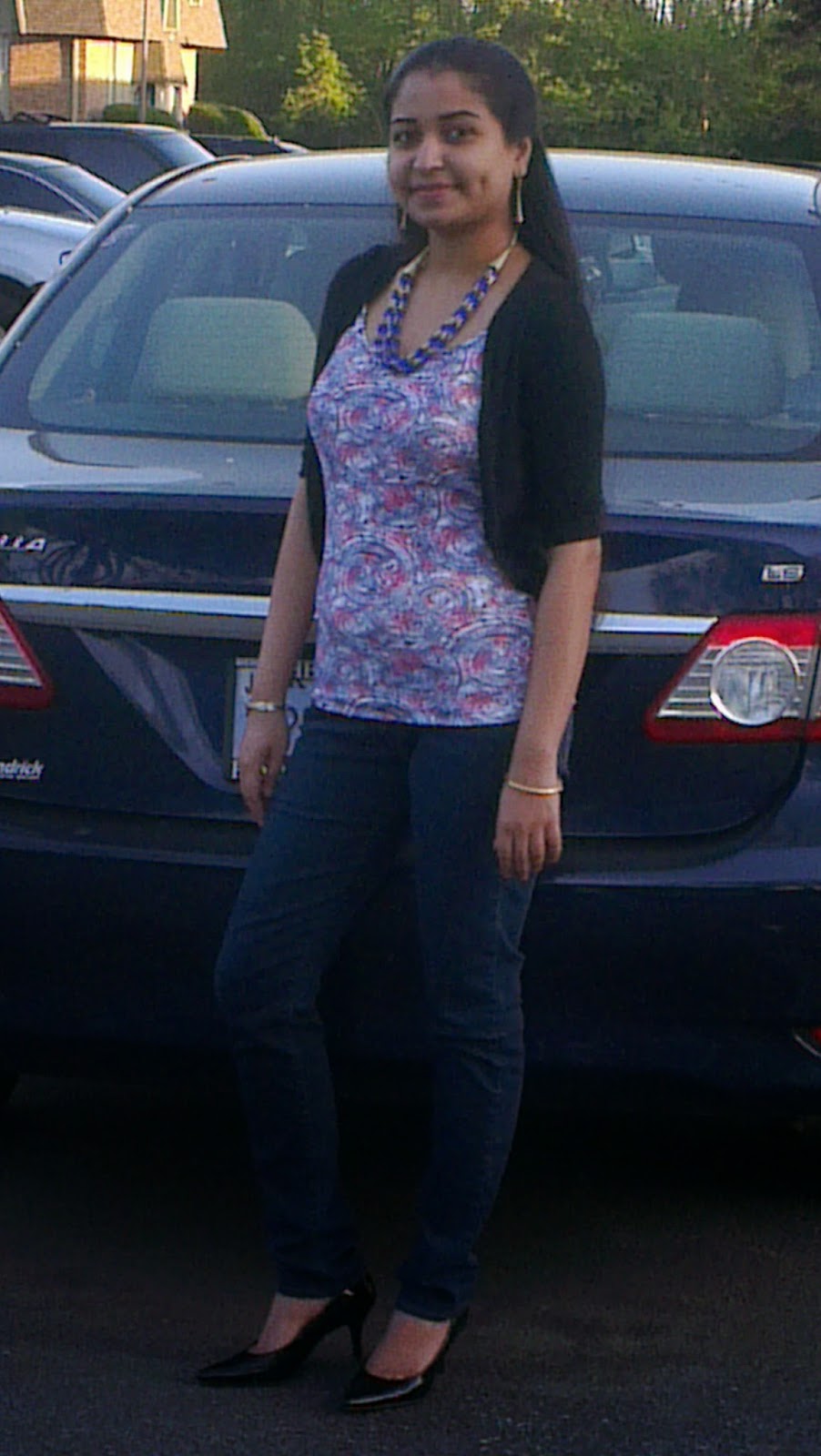 It wasn't my birthday, it wasn't our anniversary, neither anything worth celebrating had happened and it wasn't even a weekend. He came home after a tiring day and I was feeling laid back after another home bound afternoon. But the evening soon became peppy as I got invited on a dinner date. It was like somebody had just read my mind, when even I myself wasn't sure about what I was looking for. It was in such a short notice that I didn't have enough time to get decked up but still managed to mix and match my casuals to be able to impress my companion. My hubby kept watching me eagerly trying to figure out what I was up to. And so I stepped out all excited, knowing that my date was at Sakura, a Japanese restaurant just a block away. 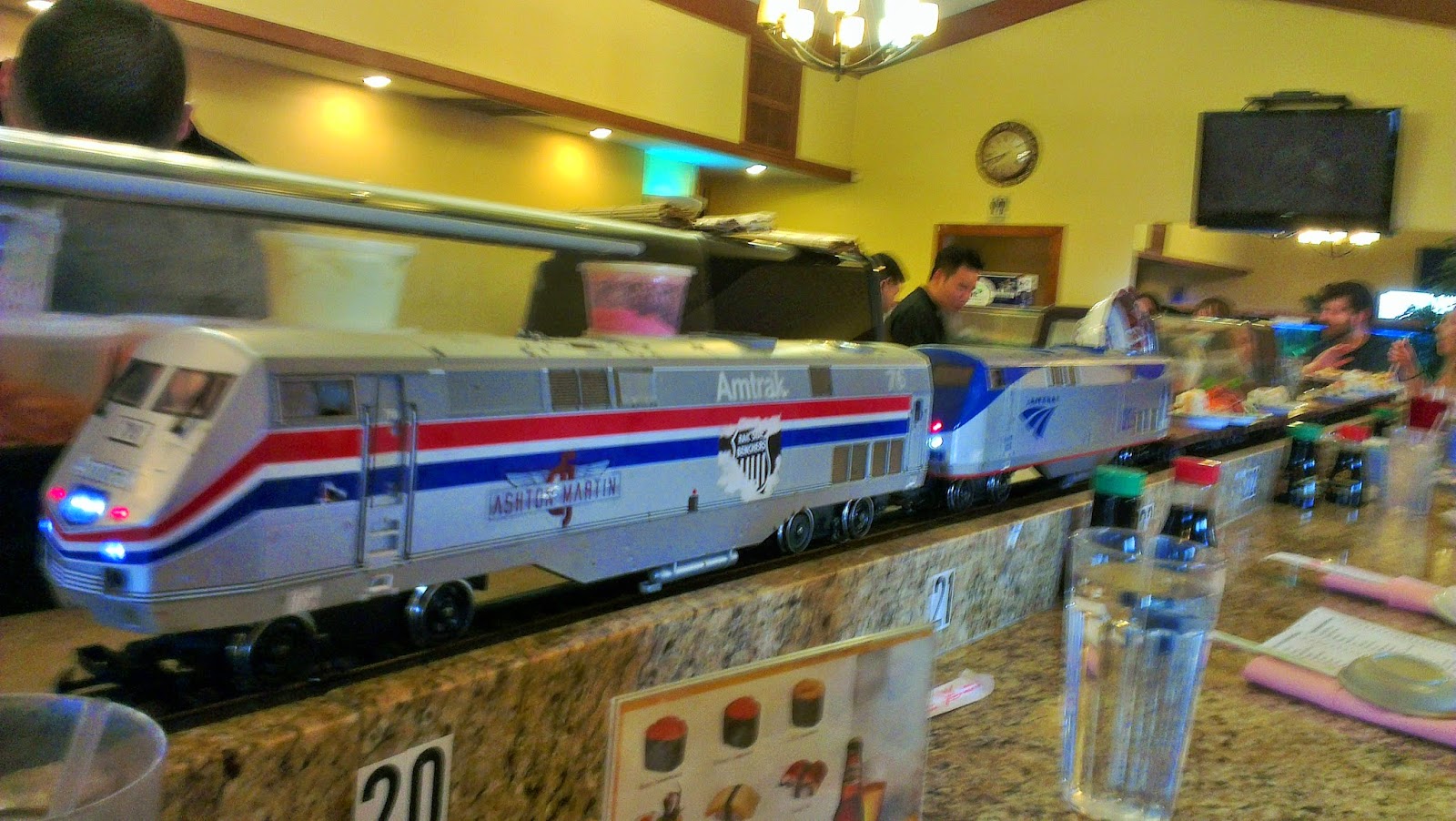 I saw my date waiting to escort me with all his casual charm. In almost no time we were at the sushi bar of that restaurant. It was a long elliptical bar with a mini rail track bordering it. And then I saw a cute toy train circling along the tracks with small plates of sushi. I was overwhelmed with child-like joy.

I had never had sushi before but I always wanted to, and was waiting anxiously for my first encounter with Japanese cuisine. So we started our dinner with some calamari (never tried before, and was it surprisingly delicious) fried in Japanese tempura batter as an appetizer.


And now it was time for some sushi. There are subtle differences in nigiri, sashimi and sushi roll, although you can find them all combined in a sushi platter. Sashimi is raw fish or meat sliced into thin pieces. It is served over a bed of thin strands of daikon (Asian white radish). We had some tuna sashimi.


Next, it was time for some nigirizushi or nigiri. It is hand-pressed, oblong sushi rice topped with neta (slice of fish or seafood). We tried one with the halibut and another with the eel. The eel was so remarkable that we couldn't help but order another. Another version of nigiri had tempura shrimps topping the rice.


The hostess had provided us with some pickled ginger and wasabi as condiments. But a fine dinner date is incomplete without some wine. So we asked for a bottle of sake (traditional Japanese rice wine). 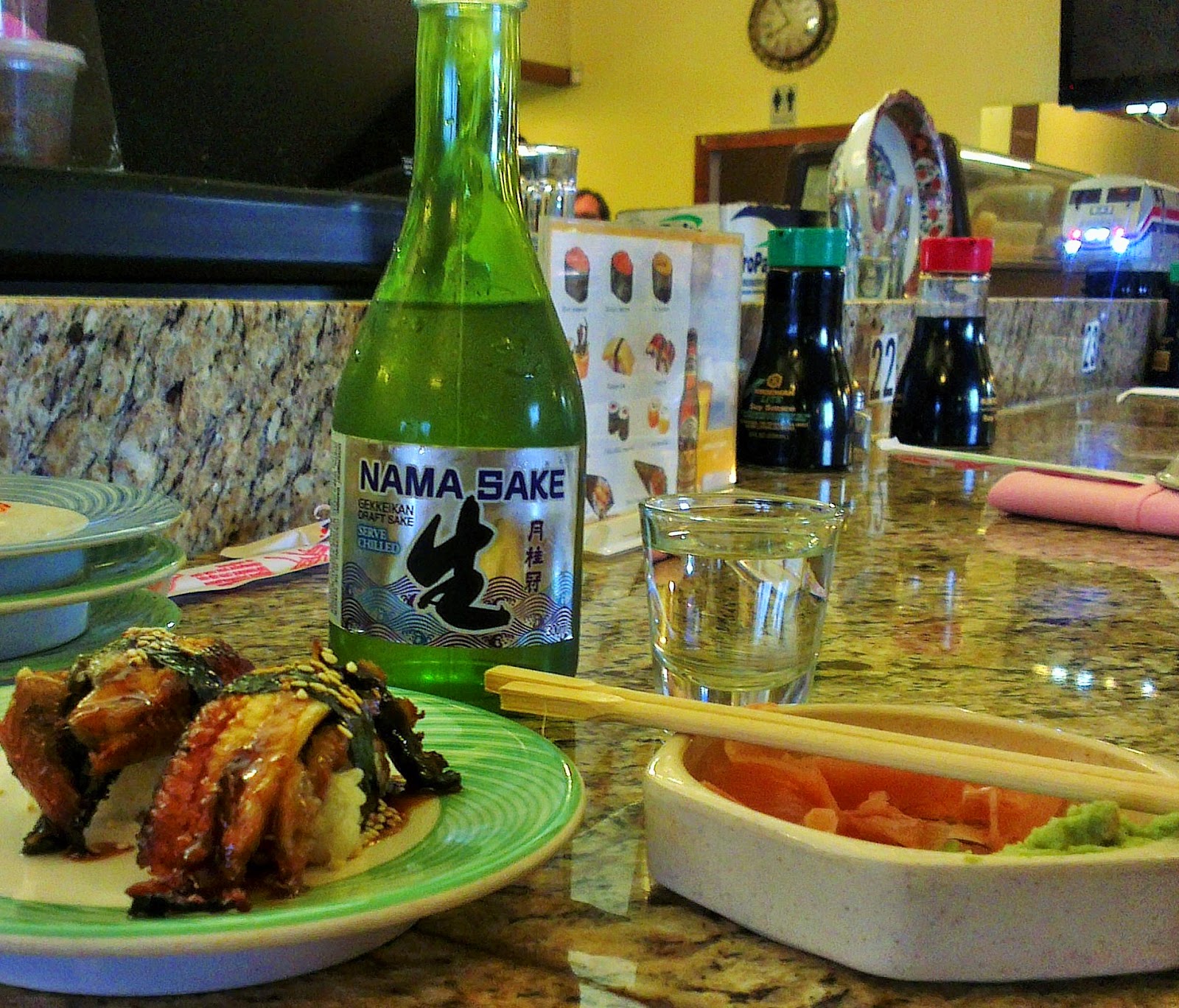 And now the sushi rolls. They can be of different kinds. Uramaki is a roll made with rice on the outside and nori (Japanese seaweed sheets) on the inside. Some rolls are typically found in the U.S and have been even named after the different states. Like the California roll, which is a version of uramaki made with crab, avocado and cucumber.

Futomaki and hosomaki are rolls with varied fillings with nori on the outside. We definitely did not miss trying them as well. 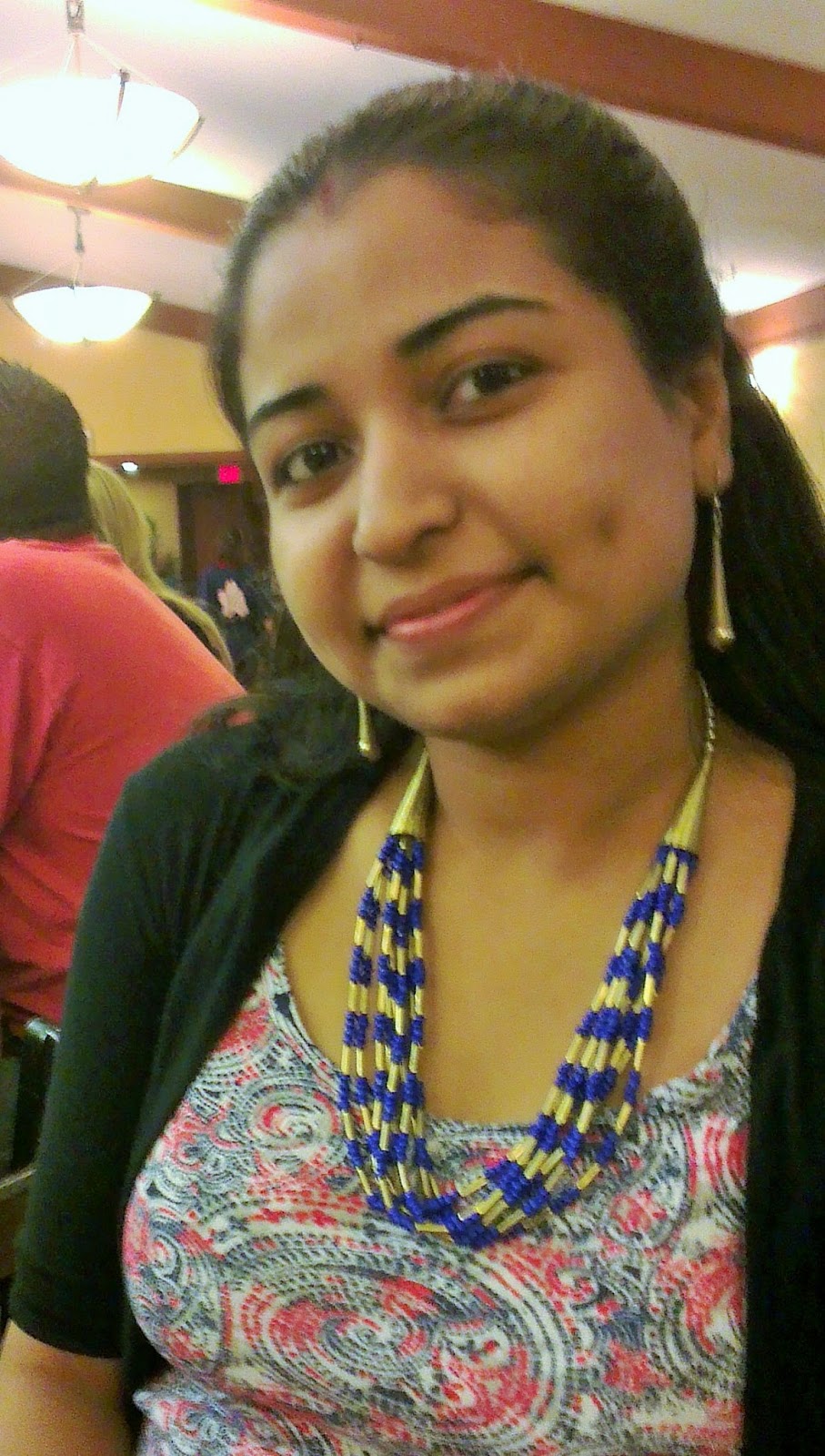 People often say that the charisma of relationships die out with time. They said it when we started years back, and they were wrong. They said marriage surely will prove so. But they are wrong yet again, as an evening like this still occurs. Nothing has really changed and "nothing else matters". 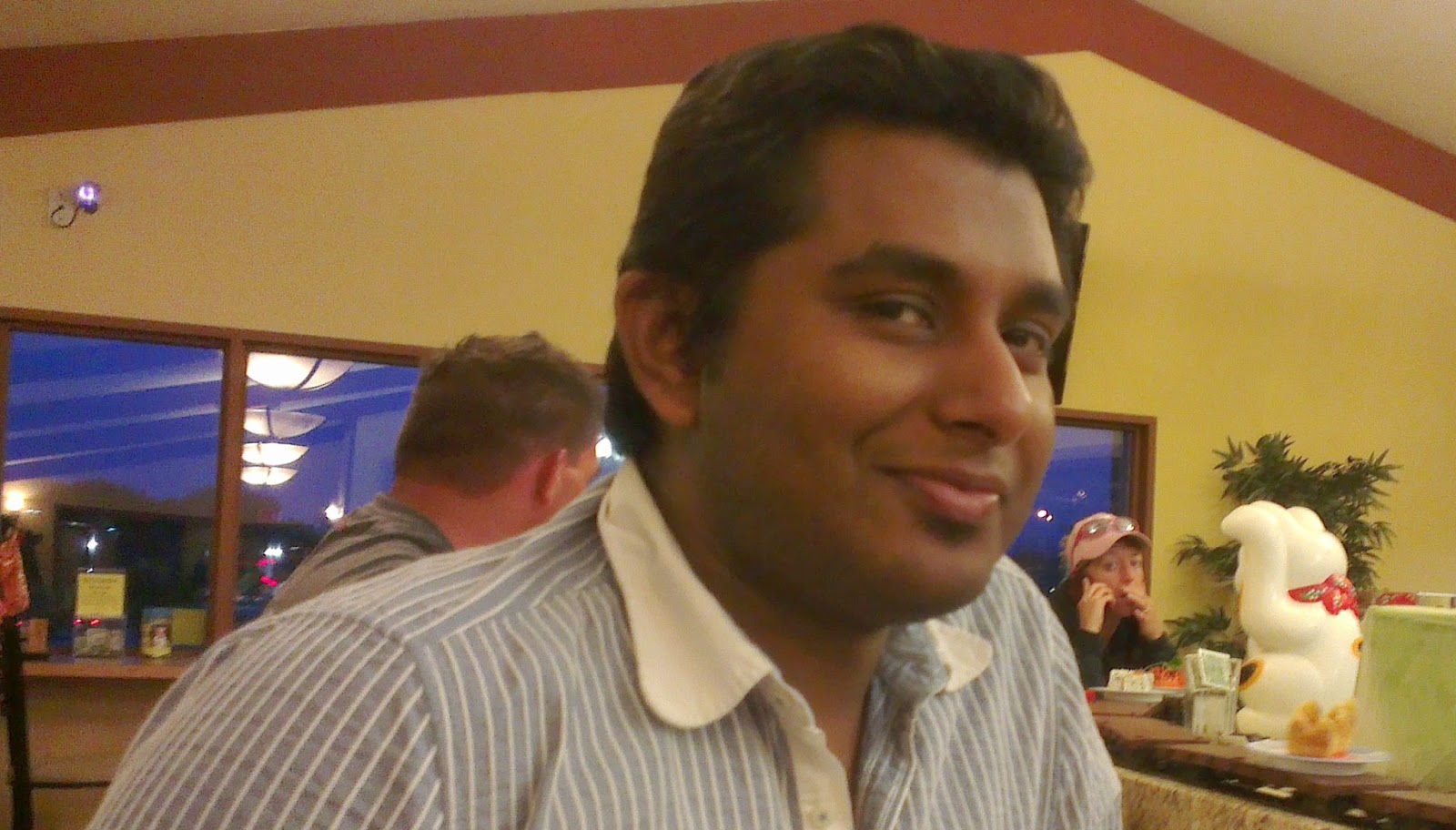