A Letter to Music - Notes from Journies to Birthplaces of Music

This is my first letter to You after all these years, to thank you for saving my life not once but on multiple occasions. It is good to see that You are in able hands, as always. Even in this era of technology, we human beings haven't abandoned you. You, music, are still the best form of expression of our joy, sorrow, love, hatred, passion, devotion and everything else.

While growing up in a very middle class Bengali family, I was surrounded mostly by Rabindra Sangeet (the songs of Rabindranath Tagore) and the all-engulfing affair of popular Bollywood film music. All the events of life had some connection to it, from birth to death, from first love to marriage. Everything.

I was growing up like anyone else in an suburban Indian town and then IT happened. Pink Floyd! 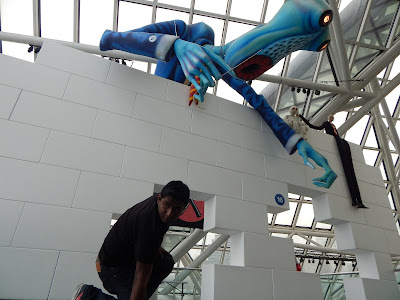 "The Dark Side of the Moon" landed in my life in 1997 as significantly as Mr. Armstrong had landed on moon in 1969. My inquisitive nature as a kid soon exposed me to the world of Rock n' Roll, Pop rock, Heavy Metal, Western classical and finally Blues. It doesn't make me feel embarrassed to say that I initially didn't much understand the difference between Blues and Rock.

And there were a few others like me, a group of weird, rebellious (in their own terms) and willful souls. They loved You as much as I did, helped me to nourish my love for You, and to contribute in your world. As they say, You have flowed like a river from Folk to Blues, from Blues to Rock, from Rock to Heavy Metal. As I aged I learnt more, I learnt about Country, Bluegrass and most importantly Jazz. My love was taking different shapes and forms very often, as my life changed.

When I landed in the U.S, my passion for travel and my love for You fostered an unbeatable urge to visit those very places where music started, where a form was inspired, created or duly recognized. So, I rode along the road. 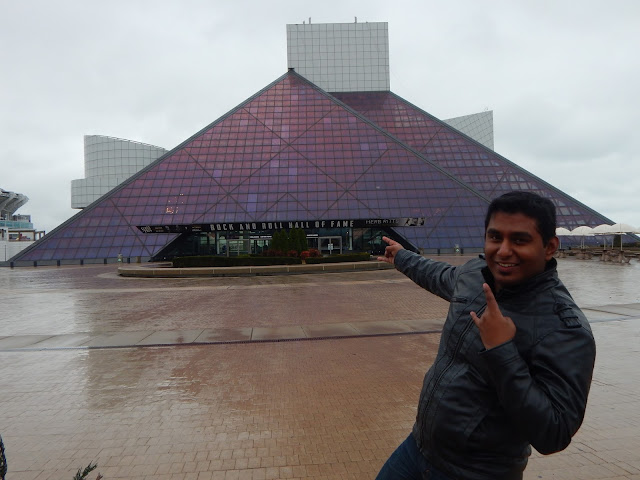 Some famous person once said, it is absolutely ridiculous to capture the essence of Rock n' Roll under a roof and within four walls, I didn't agree. For the like of us, the extremely hungry and thirsty bunch who always want to go one step closer to their musical gods through their musical instruments, colorful clothes or may be an old concert ticket, these "things" work as a door or a portal which takes us to that very moment when these were a thing from present, not past. 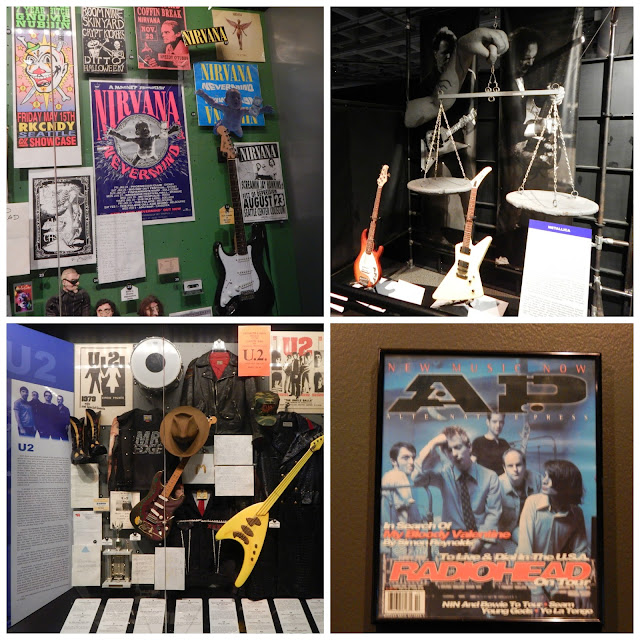 How he played this guitar using his teeth or made love to it or how awesome that car looked on his famous music video and the list goes on. 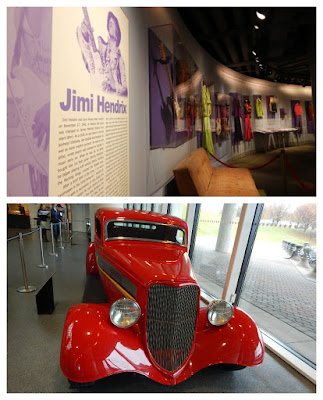 The first area where the displays start, an entire wall is dedicated for The Beatles and the other for The Rolling Stones. It is absolutely inevitable to get lost in emotional overflow. How do you beat it? You can't. 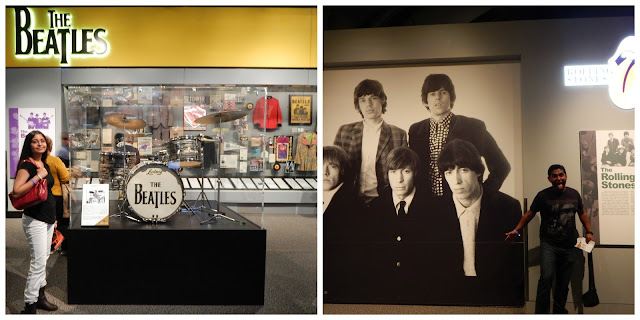 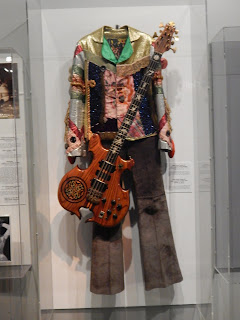 This is not a museum by any means. It doesn't contain tons of stuff from all the artists it has inducted. Being as famous and important as Led Zep, all it has a bass guitar of Jon Paul Jones, that's all. This is in truest possible sense a shrine to cherish, adore, love and respect the great. Their spirit, their energy, their indomitable life force, no you can't capture that under a roof and within four walls, but you can feel those, for sure.

Trivia: Why Cleveland? Albert James "Alan" Freed was a Cleveland based disc jockey. He became internationally known for promoting the mix of Blues, Country and Rhythm and Blues music on the radio in the United States and Europe under the name of Rock and Roll. 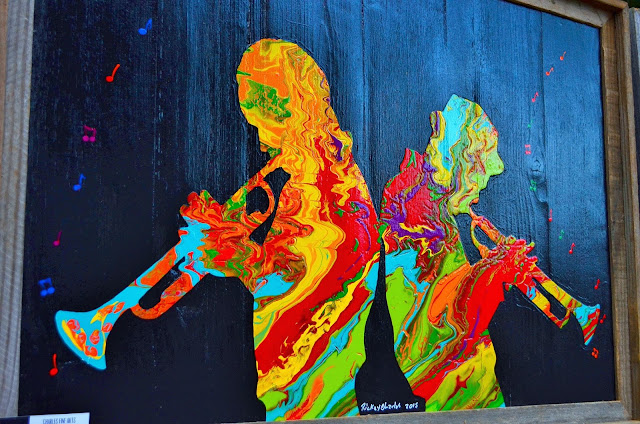 We were stuck near the intersection of St. Peters Street and Bourbon Street, the waves and waves of pedestrians made it impossible for our taxi to move. The cab driver was angrily saying "I don't know what everyone comes to see here.", he was referring to a very alive Bourbon street. I couldn't say anything, I was a part of the same sea until only a few minutes ago. 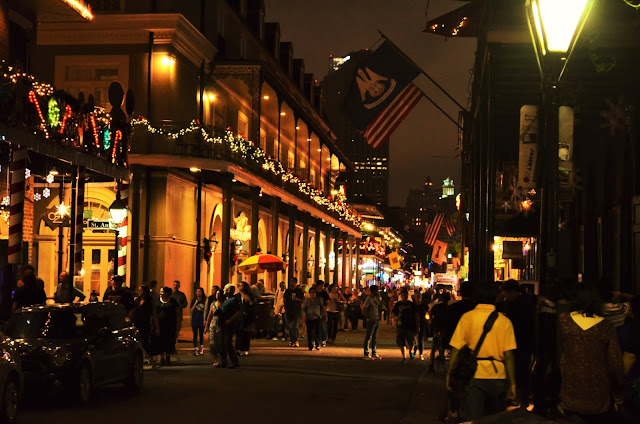 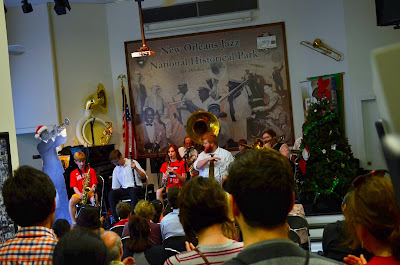 Wherever you go in New Orleans, you'll get to hear some or the other form Jazz for sure. Whether it is a bunch of kids having fun around the street corner or a seasoned Jazz quartet playing in a pub, Jazz is everywhere. 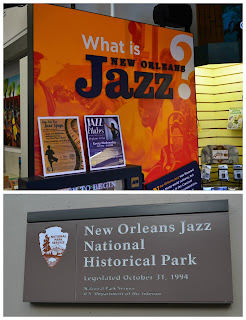 Our guide in the New Orleans Jazz National Historical Park was explaining to us how the Jazz was born. Upon hearing you'd understand how true the expressions of Jazz are and how truly it is an all-American art form.He said, in the hey day of slave trade, when the some of luckless African people were brought to America, their pain and suffering had no end. The only means of self-expression and relief was the beat of their very familiar drum. Their lives were very far from the Europeans in every way and all they could faintly hear was the sound of their bass instruments. So, the distant 'Parappam' of the bass instruments mixed with the 'Bom...Bomm' of their drums, created this unique musical language called Jazz. You can't take out Jazz from New Orleans, nor you could take out New Orleans from Jazz.

When we were entering into Mississippi, the board said "Birthplace of America's music". It was a satisfaction, because that was the purpose of our trip, to ride along the Mississippi Blues Trail. Never knowing what to expect from this, our day-long drive's first stop was near a gas station at the corner of Hwy 322/N. State St. and Desoto Avenue, Clarksdale, MS, intersection of highway 61 and 49. As the legend goes, it is the crossroads where the Blues maestro Robert Johnson sold his soul to devil (who was supposedly a white man with a dog) and wanted excellence in playing Blues in exchange. It is commemorated by three large guitars, placed on the top of a pole at the crossroads. This place is frequently referenced by Rock and Blues musicians as a romantic allusion to this incident. 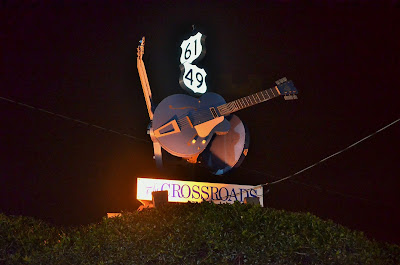 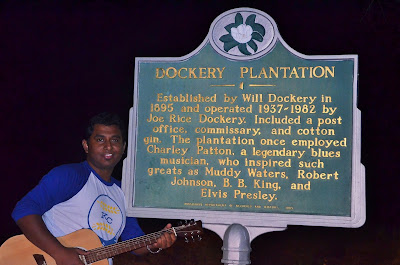 However, our quest didn't end there. We drove through the foggy night on the roads paved on the famous delta by mighty Mississippi and finally ended up where it all began, Dockery Plantation. It is here where Charley Patton a famous blues musician was once employed. Though disputed yet many legendary Blues artists such as B.B. King, believe that Dockery Plantation was pivotal for the development and eventual spread of Blues music throughout America.


We ended our  Mississippi blues trail journey at Hazlehurst, MS, the birthplace of Robert Johnson, my favorite Blues musician. 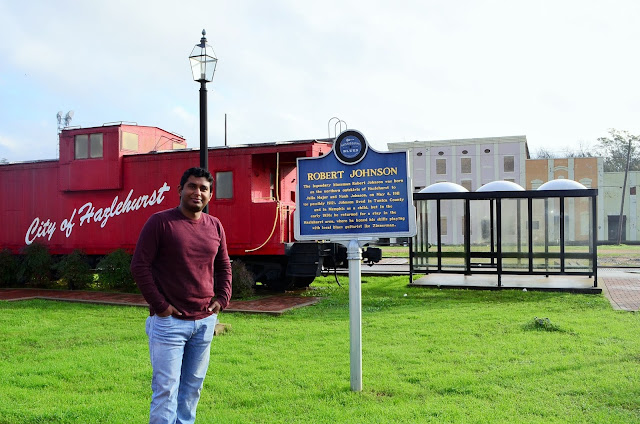 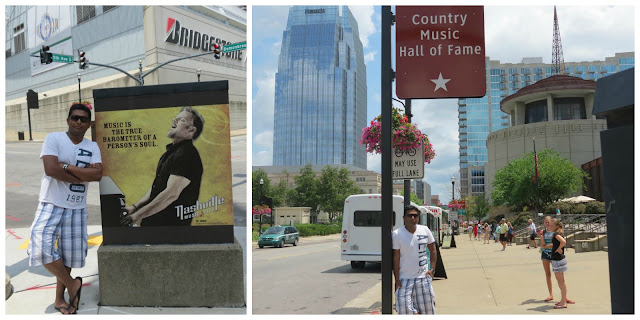 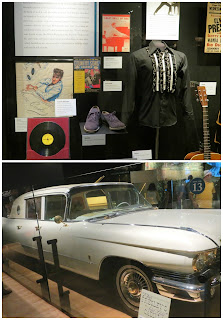 There is no prize for guessing why the Country Music Hall of Fame is in Nashville. If you combine the importance of Wall Street to investment banking, the importance of Los Angeles to American film making and the importance of Memphis or Kansas City to barbecue, you'd be near to guess how Nashville is important for Country music. And the Country Music Hall of Fame is an all-engulfed affair for any lover of Country music. As they say, Country music is about real people and real lives, it is impossible not to notice the huge reach and impact of Country music in American lives and subsequently in other parts of the world too. From the wall full of gold and platinum records to the majestic displays of Elvis Presley's car in the main hallway, it feels big.


It is very different from Rock n Roll Hall of Fame in every way, from the attitude of celebrating the music to how the stuffs are displayed in glass showcase. It is just so huge and the artifacts are just way more very well depicting various waves and movements of different forms of Country music. I saw the genuine love for Country music in the old man's eyes who was performing in one of the less filled up galleries. It is, that look, that moment, what inspires me and what I carried along with me about this place.

Music, You are too vast and glorious to be pinned down to places. Your free spirit traverses boundaries of nations, languages, and generations. I too wish to be free as You are and travel along all life long.

Yours truly,
Your Lover.